Stories That Make An Impact

Our experienced international team runs like a newsroom—searching for the most compelling and relevant angle for the target audience. We measure success by the reach and impact of each video.

The best way to get RAVE reviews is to be really good at what you do. This training will teach you the secrets to creating experiences where people walk away raving fans for life.

You are ready to step up your game so that people walk way not just with more information but they leave transformed and ready to take action in their life.

SAVE YOUR SPOT TODAY!

and I’m on a mission to help businesses and organizations connect more deeply and have a bigger impact through video.

Born & Raised in Portland, I moved to New York City to pursue my childhood dream of becoming an investigative reporter. There, I co-produced a documentary on the NYPD’s Stop & Frisk policy (which now has over eight million views and is mentioned in a federal ruling). Next up, I reported court side at the 2016 Summer Olympics in English, Spanish, and Portuguese. My stories aired in 256 countries, reaching a TV audience of over one billion.

From there, I ventured off to Europe and beyond—spending several years writing, producing & directing videos, and teaching video workshops. While living in Cape Town, I decided it was time to move home to focus on one goal: use my journalistic lens and passion for stories to support mission-driven companies. So far, so good. My corporate videos have been breaking records around the world and I’ve built Story Based Brands to support products and services that make a positive impact worldwide. 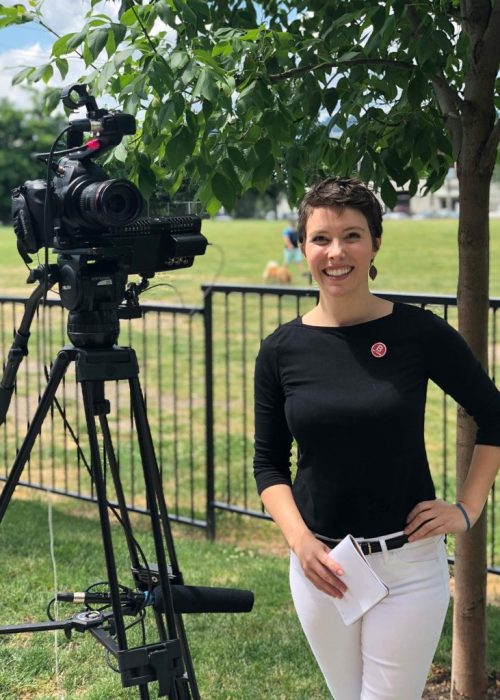 Join us Today for this Masterclass!

See you there!
Click Here to Save Your Spot! (Space is Limited)

Get instant access to The Three Keys To Make More Compelling Videos that people actually watch. Are you ready to tell stories that connect more deeply with your target audience?